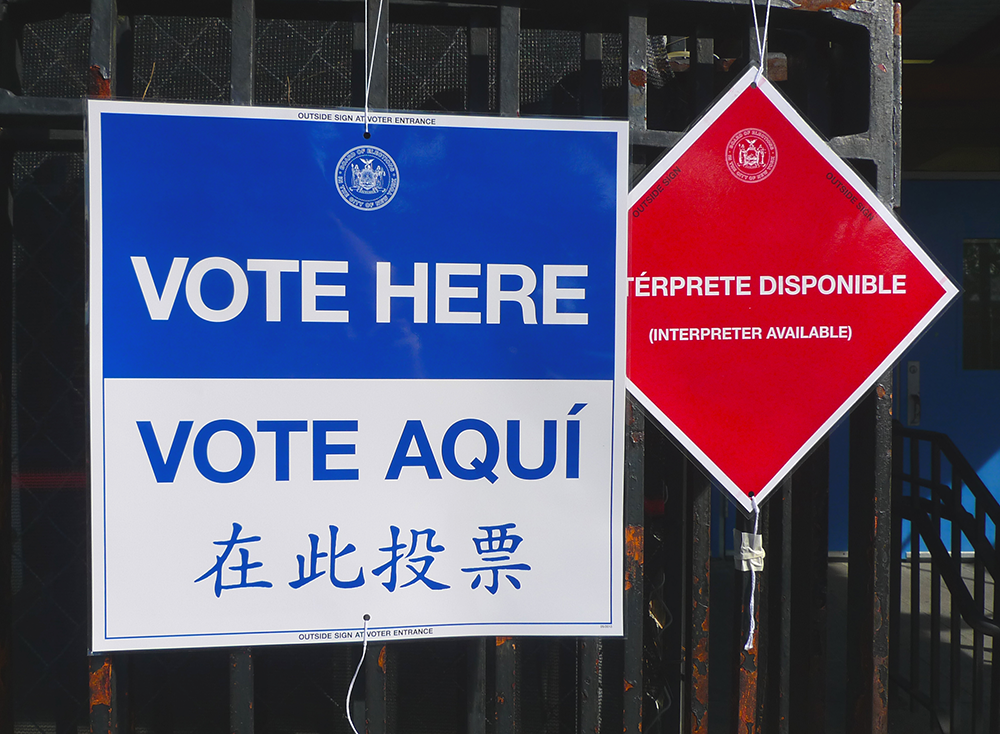 In the words of the philosopher John Locke, “No one can be put out of this estate, and subjected to the political power of another, without his own consent.”

In other words, if this were applied to today, democracy is only able to function efficiently when all are able to vote (consent) and hold those elected into office accountable.

Unfortunately, for many eligible voters, language is the sole barrier preventing them from casting their vote. In the Centennial State alone, 82,096 eligible voters have been identified as not being able to speak English proficiently. This means that if there is not a translated ballot available, these voters could be prevented from making their voices as citizens heard.

Expanding opportunities for voters who are not able to read or speak English comfortably has a strenuous history in the United States. Only in 1965 did the federal government move to expand multilingual ballot options as a provision of the Voting Rights Act.

Currently, the federal government requires jurisdictions to provide multilingual ballots in instances where a single-language group in that location numbers more than 10,000 individuals or is more than 5% of the voting-age population. While this does give more people access to ballots in their native language, these provisions are far from serving the scope of the need.

In this year’s legislative session, Colorado is striving to put voters first and expand its provisions for multilingual ballots. HB21-1011 would provide eligible voters with access to a statewide interpretation hotline which would allow voters to access over-the-phone translation in the same languages that the census is offered in.

Additionally, the bill would add provisions for counties with at least 2,000 citizens over the age of 18 who do not speak English very well, or counties where 2.5% of the citizens over the age of 18 who speak English less than very well and speak a minority language at home. For qualifying counties, requirements will be put in place to ensure translated sample ballots are available. These counties will also provide voters with the ability to vote using a translated ballot at a voter service and polling center.

Valuing diversity in language, culture, and opinions are paramount to our identity as a nation of immigrants; reforming our democracy to reflect those values is a critical step for our state and our voters. By expanding multilingual ballot access, Colorado would be taking an essential step in fully recognizing the goals of the voters first movement. When recognizing the value each voter holds, it’s clear that expanding multilingual ballot access is the right thing to do. It’s a move that will put voters first — an honorable and principled pursuit.